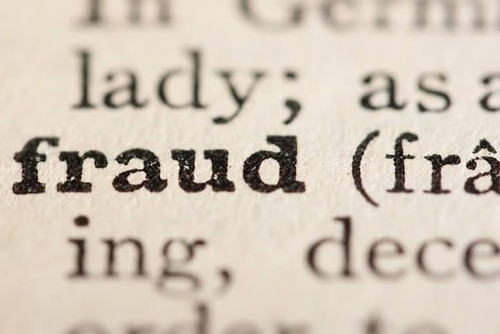 Contrary to what most people believe, workers’ compensation fraud is more that just an employee exaggerating his medical condition or working for cash while supposedly disabled. While these things do occur and are likely what we all think of when we hear “work comp fraud,” employer fraud (such as underreporting their payrolls to receive lower insurance premiums) accounts for a much, much larger cost to insurers in Florida.

The steady rise of workers’ compensation insurance premiums in the late 1980s and throughout the 1990s operated to set off a series of unsubstantiated charges about widespread employee fraud as a major cost driver in the workers’ compensation system. A number of states, including Florida, passed tougher anti-fraud legislation and began to pursue fraud cases and to collect information about fraud on a serious basis. These efforts have uncovered no evidence to support the charges of widespread employee fraud and, in fact, have revealed that employer fraud is a far larger drain on the system. The misplaced focus on employee fraud has created an atmosphere of fear and intimidation for injured workers with legitimate claims. It has also distracted policymakers, law enforcement officials and the public from the real fraud problem in workers’ compensation: employer fraud.

Employee fraud happens when a worker fakes or exaggerates an injury, lies about being injured on the job, denies a preexisting injury or even earns a wage from another source while accepting workers’ comp benefits. A widely-quoted 1996 report by Conning and Co. claimed that employee fraud was as high as 25%. (“Insurance Fraud: The Quiet Catastrophe,” Conning & Co. , 1996, pp. 50-51.) However, that estimated figure turned out to have no statistical reliability. It was based on a survey in which 25% of the respondents (the number and the identity of those surveyed is unknown) claimed they knew of individuals collecting workers’ compensation benefits whom they believed were capable of employment. A television station in North Carolina heard about this report and actually told its viewers that employee fraud was as high as 25%. (WRAL-TV News Special: Workers’ Compensation Fraud, CBS television broadcast, Oct. 30, 1997.). However, other studies with perhaps more generally accepted methods have found that employee fraud is less than 1% of all claims. (Lisa Cullen, “The Myth of Workers’ Compensation Fraud,” Frontline: A Dangerous Business, January 9, 2003).

The state of Florida is very serious about stamping out employee fraud. Injured workers must sign a special statement saying he or she understands that knowingly committing insurance fraud is a punishable crime. Those who choose not to sign the document may not receive benefits. In Florida, an employee will be precluded from receiving any and all work comp benefits if he or she is found to have knowingly or intentionally engaged in any of the activity known to be false or misleading for the purpose of obtaining workers’ compensation benefits.

From July 1, 2014 to June 30, 2015, there were a total of 548 arrests in Florida for some form of fraud involving workers’ compensation. Of these, only 74 were employees. And, the total number of these to be successfully prosecuted was 46. (See Joint Report to President of the Florida Senate by the Bureau of Workers’ Compensation Fraud and the Division of Workers’ Compensation).

Employer fraud most often involves premium fraud. Dishonest employers who do not pay for state-mandated workers’ compensation insurance or pay less than they should are actually committing fraud. They may under-report payroll, misclassify workers, pay workers cash “under the table” or call their workers “subcontractors.” This type of fraud stacks the competitive playing field unfairly against companies who play—and pay—fair.

There’s also something known as playing the “shell” game. “It’s amazing how far some employers will go to avoid paying what they should in comp premium,” says Roxanne Moisuk, underwriting business support manager with Summit. “One issue we encounter is when a company we insure pays their employees through a shell company. The owner may state that he has no employees—or very few. However, when we conduct a premium audit on the insured company, we find large sums of payroll money paid out from the main company to the shell company. They may see it as a perfect place to hide true payroll—but we catch it.” One employer playing this “shell” game was able to underpay over $700,000 in premiums. See this cite for the story.

Of the 548 arrests mentioned above, 278 of these were employers, of which 208 were successfully prosecuted for some form of workers’ compensation fraud such as cheating on premiums or working without any coverage. According to the Division of Workers’ Compensation, a business in Florida that fails to comply with the workers’ compensation coverage requirements is assessed a penalty based upon the methodology required by the Workers’ Compensation Law. Assessed penalties are equal to 2 times what the employer would have paid in workers’ compensation insurance premiums for all periods of non-compliance during the preceding two-year period, or $1,000, whichever is greater. Penalty amounts vary and are dependent on the employer’s payroll, risk classification, and period of non-compliance. For the 2014-2015 reporting period, Florida assessed $52,422,087 in penalties against employers for fraudulent violation of coverage requirements.

For the year 2015, there were approximately 56,617 workers compensation cases reported per Florida CFO website inquiry. If only 548 arrests were made work comp fraud of which only 74 were employees, then the 1-2% estimate of employee fraud is way too high for Florida. (Disclaimer: I am an attorney with only enough math and statistical skills to make me dangerous. Therefore, I am never offended when someone checks my math and offers constructive correction.)

But, the next time you hear “work comp fraud”, the situation that comes to mind should look a little bit different.

Kimberly J. Syfrett (Kim) is a managing partner of Syfrett, Dykes & Furr in Panama City. She is an FWA Board Member and Officer. Kim limits her practice of law to helping Florida’s injured workers and veterans.