What Repealing the Affordable Care Act Means for Injured Parties 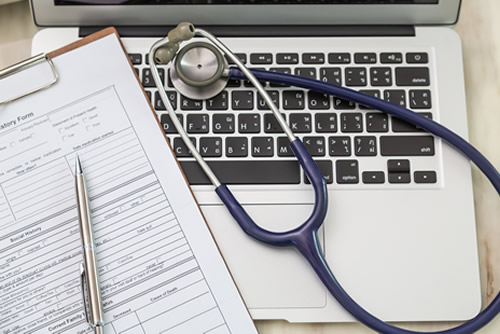 Please read below a guest post by one of our sponsors, Ametros.  The opinions or facts expressed in this post are solely those of Ametros, and not necessarily those of FWA. FWA does not guarantee the accuracy or reliability of the information provided herein.

When the Affordable Care Act (ACA) was signed into law in 2010, many gained access to health insurance that they may not have been able to access otherwise. Based on the most recent data released in June 2016, 10.4 million people were enrolled in plans under the ACA, with the expectation that around 11.4 million people will be enrolled during 2017 (CNN).

Over the last seven years, the public has been increasingly relying on the availability of these insurance plans. This reliance is also true in the world of settlements. In some cases, injured parties and attorneys evaluating settlement of their workers’ compensation and liability cases have factored in the availability of an ACA plan into their willingness to accept a medical settlement. In some cases, parties may have been assured that they are guaranteed they will be able to find an insurance plan after they settle.

In researching the possibility of an outright repeal of the ACA, under the guidelines of the Restoring Americans’ Healthcare Freedom Reconciliation Act of 2015, the Congressional Budget Office speculates that at least 18 million people could lose health insurance in the first year (Congressional Budget Office). Granted, a replacement plan is slowly taking form that may allow a number of these individuals to find some affordable coverage, there is much speculation that coverage may be reduced and that some individuals will ultimately become uninsured. Many injured parties are included in these millions of individuals at risk, and they could soon face a harsh reality: not enough money and lack of coverage for their future medical care related to their injury.

Affordable Care ActBecause ACA plans were guaranteed to provide coverage regardless of preexisting conditions, many may have used this safety net to rationalize accepting a smaller settlement amount, or spending the settlement funds intended for ongoing medical care on other non-medical items. In these types of situations, injured parties believed that the ACA would likely cover a large portion of the cost of their care, or that they could use their settlement dollars to just fund premiums for their ACA plan for life.

Not only does this strategy put the injured party in a disadvantageous position, in some cases, it could even potentially be deemed illegal. Instead of planning for the full cost of future medical care, injured parties could settle for just future premium payments and any deductibles that they might have, or with the idea that if they exhausted their funds, they would be covered under the ACA. Because of this, any changes or repeal to the ACA could leave them with little to no funds for treatments moving forward.

David Korch, a structured settlement broker at EPS Settlements, has done some research on the subject of Affordable Care Act plans and workers’ compensation. “I received a call about a case, and they mentioned they were just at a seminar where the attorney said that when you’re settling a workers’ compensation case, don’t worry about the future medical expenses, because your client can get an ACA policy that will cover their future medical needs,” says Korch.

Some ACA plan participants are including exclusion clauses in order to stop individuals that have received funds from a settlement from treating on their plan. For example, one of Humana’s Affordable Care Act plans has an exclusion that explicitly references workers’ compensation: “Unless specifically stated otherwise, no benefits will be provided for, or on account of, the following items: 44. Covered expense to the extent of any amount received from Workers’ compensation for the bodily injuries or losses which necessitated such benefits,” (Humana).

These exclusions could potentially leave many injured parties in limbo, confused, and without sufficient funds post-settlement. For injured parties who are settling now, understanding that their settlement funds should cover the full cost of care for the rest of their life is incredibly important. Considering the prospective repeal or changes to the ACA, and exclusion clauses contained within existing policies, injured parties should not rely on the safety net of the ACA to help cover the cost of their ongoing care.

Taking into account that the cost of an injured party’s future medical care may not be covered in any way by an ACA plan, being able to preserve and extend the life of settlement funds becomes all the more important. With a professional administrator, such as CareGuard, injured parties can gain access to savings on treatments and prescriptions, allowing them to make their funds last longer. As a member of CareGuard, injured parties can save 28% on average off the pricing in their settlement, reducing the risk of exhausting their funds. CareGuard also ensures that injured parties with MSA’s are in full compliance with Medicare policies.

The pending repeal and replace of the ACA as well as new exclusion clauses should give all of us in the insurance and settlements field pause, because the argument that the ACA will serve as a way to cover future medical treatments is becoming far more tedious and risky. Predicting future medical treatments and their cost is difficult enough; trying to predict the impact of politics on future insurance coverage and pricing is a leap few of us should be willing to take. At Ametros, we help all parties involved in a settlement find solutions to help the injured individual manage their medical costs after settlement. We want to know your thoughts and find out how you are thinking about your settlements and the injured party.