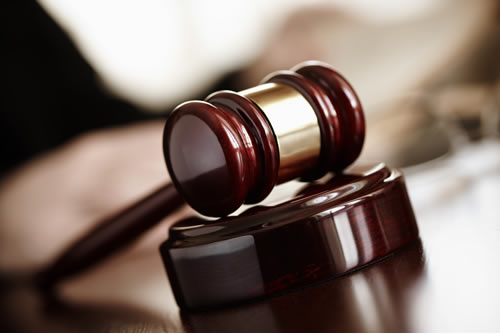 An opinion issued by the United States District Court for the Southern District of Florida involves facts that are probably similar to situations that the members of Florida Workers’ Advocates (“FWA”) are presented with by their clients frequently, but the court’s rationale represents another important victory for injured workers that may create an additional tool that allows you to serve your clients more effectively.

In Kottler v. Gulf Coast Collection Bureau, Inc., No. 19-CV-61190, 2020 WL 2475344, at *1 (S.D. Fla. May 13, 2020), the plaintiff was allegedly injured in a work-related accident on February 5, 2018. She sought medical treatment, a part of which was rendered by Radiology Physician Solutions of South Florida (“RPS”). The plaintiff subsequently filed two Petitions for Benefits. One requesting authorization for medical care and an acceptance of compensability for her accident, and another specifically requesting acceptance of compensability for all medical care rendered by RPS. The employer/carrier denied the claim in its entirety. RPS employed Gulf Coast Collection Bureau (“Gulf Coast”), a collection agency, to collect the debt owed by the plaintiff for medical services rendered by RPS without informing Gulf Coast that the care rendered had any connection to a workers’ compensation claim.

Gulf Coast later sent a letter that, inter alia, listed a means of payment, informed the plaintiff that she could dispute the debt, and told her that it was an attempt to collect a debt. The plaintiff called Gulf Coast and informed them that the care she received from RPS was rendered in connection with a workers’ compensation accident, and Gulf Coast ceased all further communication with the plaintiff. The plaintiff filed suit against Gulf Coast for violating the 15 U.S.C. § 1692e(2)(A) of the Fair Debt Collection Practices Act (“FDCPA”) on the theory that since Fla. Stat. § 440.13 shields an injured worker from being liable for payment of medical bills incurred in connection with a workers’ compensation claim and prohibits medical providers from receiving or collecting payment, unless authorized by statute, for medical services rendered to an injured worker in connection with their workers’ compensation claim, the statements made by Gulf Coast in its letter to the plaintiff constituted a “false representation of the character, amount, or legal status [ of a] debt” under 15 U.S.C. § 1692e(2)(A) and thus, a violation of the FDCPA. Gulf Coast defended, in part, on the grounds that the plaintiff was not shielded from liability for RPS’s bill, because the employer/carrier denied compensability of her claim.

Both parties filed a Motion for Summary Judgement, and the court rejected the defendant’s argument and granted the plaintiff summary judgment as to everything except damages. The court concluded that defendant’s argument was misplaced and found that the plaintiff was shielded from liability for the debt owed to RPS unless or until the plaintiff’s workers’ compensation claim was denied by a Judge of Compensation Claims (“JCC”). The court noted that the intent of the Legislature in enacting § 440.13 was to insulate an injured worker from liability for medical bills incurred in connection with a work-related injury unless a determination of the plaintiff’s liability has been made by a JCC. Moreover, the court found that a contrary holding in the context of the FCDPA would “improperly incentivize debt collectors to quickly attempt to collect debts otherwise subject to workers’ compensation before either an employer/carrier accepts compensability of a claim, or a judge of compensation claims determines that a claim is compensable.” Id. As a result, the court found that the defendant had indeed violated the FCDPA by sending their letter to the plaintiff, because given that the plaintiff was shielded from liability for RPS’s bill until a compensability determination was made by a JCC, the letter from the defendant was a false representation as to the legal status of the debt.

Kottler and the 2nd DCA’s favorable opinion last year in  Davis v. Sheridan Healthcare, 2019 Fla. App. LEXIS 15461 (Fla. 2d DCA 2019) are certainly very good for injured workers being able to have access to courts to recover money damages under the various debt collection laws. The Florida Supreme Court accepted jurisdiction to decide Davis earlier this year, but no decision has been entered as of the time of writing this article.

If you have any questions about the Kottler case, the interplay between the FCCPA/FDCPA and Workers’ Comp, or what types of billing issues might reflect an FCCPA/FDCPA violation, feel free to contact me. To date, I have filed more than 120 suits on behalf of injured workers for illegal billing practices whose billing violation cases were referred to me by FWA Members.