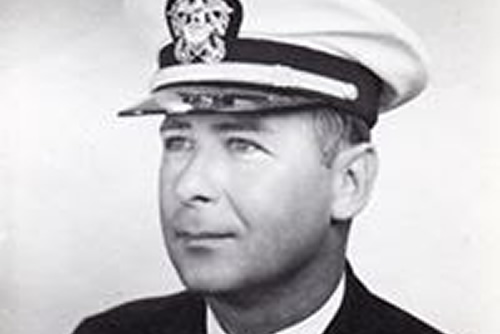 Judge Bill, as he was commonly known, was originally appointed to serve as a worker’s compensation Deputy Commissioner in 1970.  On February 3, 1993, he died of a heart condition and was in the office about to start a hearing when he suffered his last and fatal heart attack.

The “Judge” as he was known at his church and outside of the office served at a time when there was little to no technology.   There were no computers and “onion skin” paper was used to create a copy of a letter that was typed on a typewriter.   Pre-trials were completed at the beginning of the hearing and handed to the judge.  This is when you might learn of a surprise witness, like an investigator who might have surveillance films and he had all his equipment including a television in the lobby.  Sometimes defense attorneys did not have any surveillance films but would have the investigator in the lobby with his equipment to see if he could get a case settled.

Smoking was allowed and the “Judge” was a heavy smoker and his hearing room was usually filled with smoke.   Those small rooms with several lawyers smoking always made things interesting and distracting.  I remember one time when the ash fell off of a cigarette and burned a large hole in a key exhibit nearly starting a fire.  One of those hearing would surely require a trip to the dry cleaners.

Judge Wieland was a very independent and unique individual.  He certainly had his routines including listening to Paul Harvey every morning at 8:30am.  This did not matter if a hearing had started the “Judge” always took a break to listen to Paul Harvey.  One time a young lawyer from Tampa was trying a case in Dad’s hearing room and at 8:30 the “Judge” turned around and turned on the radio.  The lawyer who was unfamiliar with Paul Harvey Time, gave a funny look to the opposing attorney who simply gestured for him to be quiet.  The lawyer did not take the hint and continued to ask questions, at which time the “Judge” politely turned around and with a stern look on his face said please be quiet, Mr. Harvey is speaking.

When the first female Deputy Commissioner was appointed, the “Judge” stopped wearing ties because at that time there was a big push to pass the Equal Rights Amendment and he said that if she did not have to wear a tie neither did he.  He also wanted the ERA to pass so that he could tee off from the “Forward” or ladies tees on the golf course.   Marie Wieland, his wife, was not very enthused with his new freedom of no ties but she could not change his mind.  Of course, he wore many of the same ties for years always saying that they will come back in style someday, and he was right they often did.

Cases were tried under some unusual circumstances.  Twice he traveled outside of the state to try a case, once to McAllen, Texas which is right on the Mexican border.  They had to use a court reporter to record the hearing and she used a steno pad and pencils to record the proceedings, yes I said steno pad and pencils, no tape and no machine.  Cases were tried in small rooms in local courthouses or in smaller towns as the judges had to travel to various counties unless the lawyers and the parties were willing to go to the judge’s office.   When they finally got tape recorders to electronically record the hearings, they were very frustrating.  They had cassette tapes and many times the tapes were defective as the state purchased from the lowest bidder.  The judge kept a box next to his desk and he would check the tape before starting the hearing and if it did not work it was thrown into what he called the “lowest bidder box”.

The “Judge” worked six days per week making many of his ruling on Saturday when he could focus on the depositions and review his notes without interruptions.  He always wrote with a #1 pencil and he had the best electric pencil sharpener on the market.  He would signal to lawyers when they had proved their point by tapping his pencil, if you continued he might break the pencil.  I guess that came from his days of flying planes in the Navy, get to the point!  He always had patience for new young lawyers who might be trying their first case.  He would educate and help them learn how to professionally present their case and he was always mindful of the relationship between the attorney and the client and the respect for the proceedings.  You could always get a quick hearing if you needed one even if it meant trying a case on Saturday.  One time there was a very big case that would take at least one entire day to try.  One of the lawyers, who may not have been completely prepared, requested a continuance to take one more deposition.  The attorney stated that he needed 10 days to take the deposition thinking there was no way the case could be reset for an entire day for months.  The “Judge” reluctantly granted the continuance and then counted out 15 days and set the hearing.  The attorney who requested the continuance stated ‘Judge I don’t think you realize that is a Saturday’ to which the Judge replied, ‘Yes, I do and I know you won’t have a scheduling conflict.’    The hearing was held on that Saturday!

Judge Bill Wieland could intimidate you with his looks but he was a softie inside.  He had tremendous compassion and loved his work.  He loved his staff and treated them like he did everyone who came into his courtroom with fairness and consideration.    He would send his staff to lunch and would pay for them to eat but he would not go because he did not want to sit with a bunch of “gabby women”.   The real reason was that he would stay in the office and answer the phones so all of the staff could go to lunch together.

He disliked keeping statistics as he did not want to be concerned about numbers.  He was only concerned about making fair decisions on each case.  To keep him out of hot water, his staff kept and sent in his statistics and reports.  He was not too interested in judicial meetings or whether the judge’s wore robes or were called Judges or Deputy Commissioners.  He was more interested in making sure hearings were not delayed and orders were entered quickly.

As a little boy, I remember sitting in his hearing room and watching trials.  I remember two in particular that taught me lessons I still use today.  Watch surveillance tapes as there are twin brothers out there;  and when your client is going up and down a ladder with 5 gallon buckets of tar re-roofing a house, he is probably not permanently and totally disabled.

After his death, Bob Cooper came in as interim judge to review the evidence on cases which had been tried but no order had been signed due to his untimely death.  Mr. Cooper told me that he initially thought how in the world could he have made such a decision.  Then he reviewed all the evidence and in every case, came to the same conclusion as the “Judge”.  He paid my father the highest compliment that I have ever heard about my father, he said he was always “Fair and Impartial” in his rulings and always respectful to the attorneys and the parties.  Isn’t that what a judge should always be?

Contributed by Glen Wieland, past President of FWA and current Board member.