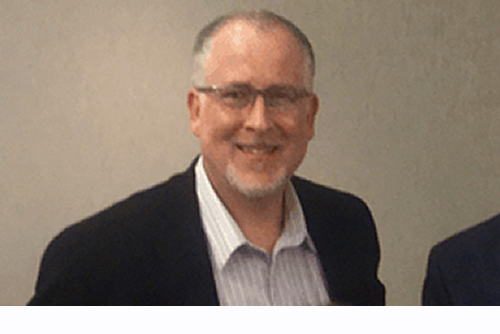 In this segment of our Past President Profile, we were able to speak with Brian Sganga regarding his background and leadership of FWA.

You can read his responses below.

I struck out on my own in a small town and looked for an area of law that was underserved in my locale in Lake City. Workers’ comp was it. That was 1995.

My very first trial. It was against Bill Rogner and it was an internal failure case. Several things I learned in that case. 1) Just because your opposing counsel acts like a total son-of-a-bitch in the pretrial doesn’t mean he is like that in trial or outside of the case. 2) Aggression does not necessarily make up for anything once you are before a skilled judge. 3) If you purposely act like a total moron pretrial, opposing counsel just might believe you are. I was scared out of my mind, so I did the Muhammad Ali Rope-a-dope. Bill called me after the verdict and genuinely congratulated me. I have liked and respected him ever since.

Second was a homeless man named John. It was right after procedures changed and we had to initiate with a Request for Assistance, ’95 or ’96, I believe. He was hired off the street by a carnival to assemble rides with his friend Henry. John fell about 15 ft onto both hands in pavement. Bilateral pilon fractures Ulna and Radius. Hospital ER put the guy out in the cold, at the end of the day. No report of injury filed. Must have had five emergency hearings the next five days. Submitted polaroids, yes polaroids, of his fractures with his hands halfway up his forearms, pictures of his homeless camp and a photo one of his friends took of Henry wiping his butt in the woods. Judge John Ohlman awarded emergency surgery, TTD, 24 hour attendant care to his friend Henry, a hotel room, PRN taxi service. He received tens of thousands in ultimate settlement. Got a call from the bank saying he wanted to cash his trust check. I drove him and Henry out of town and dropped them off. They walked away, John with a backpack full of cash. Never saw him again. I was the only comp litigator in town. If I had not been there at the time he likely would have died.

Helping those unable to help themselves.

Three things: withholding surveillance; trashing my client to the providers outside my presence under the guise of a doctor conference; bait and switch during negotiations.

If I were to ask the average defense attorney about you what would they say?

Ethical and reasonable. He would win on the merits.

Ethics on defense went into the toilet to maintain the demands of their clients.

Is there someone you feel was a mentor? If so, what did you learn?

It was a soft ball year. Brian Sutter had the toughest year of any president I can remember, the wildest and worst case of the perfect storm. Our friends were not necessarily our friends. You could not tell the good guys from the bad. Spies were in our midst. The few years following did not amount to much. How much more could they take away? We were working on finding the right cases to work for appeal, and looking for ways to maximize what our members could get for their clients.

I retired (my heartfelt gratitude to Marks Gray and Columbia Hospitals for wrongfully denying benefits to my client. The large check I eventually received enabling me to go back to college for a few years) and now I own a flourishing physical therapy business. My daughters are 26, 8, and 6 and with Melinda, my wife, they are my life.